Today while taking a break, browsing my Facebook feed, I saw a sponsored add. At first, I was reluctant thinking here we go another money grabbing scheme which will ask you to register and require money for continuous play. A game which isn’t challenging or aimed for younger less experienced developers, oh boy was I wrong. 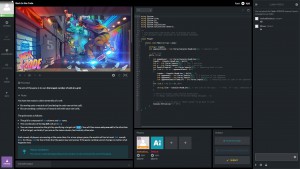 Once signed up I played some puzzles and AI tasks which took me about an hour to complete. I had to think about programming coordinates to move a game character to reach a goal.

Just when you think things couldn’t get any better there are achievements, leader boards and community challenges! 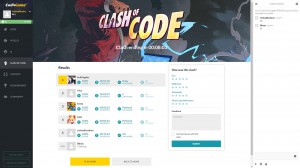 The above screen shot was a group game where five other developers joined to see who could complete the task in the fasted time, I failed to beat KnittingDev but I aim to get better and seek my revenge! Participates can also choose there own choice of language to make this as easy or as hard as you like depending on your knowledge of a programming language.

This was an unexpected turn to the day where I found another great excitement in coding. I honestly can’t rate this game any higher in my eyes. I think it’s a wonderful way to seek challenges as as developer. I rate this game 10 out of 10 and I hope other developers will take this up and join the leader boards of developers!